For those of us that are using Windows and Microsoft Office for years, the launch of Office 2013 created some pretty big confusions. Obviously, I don’t speak for Microsoft, but I’d like to try and clarify the naming conventions that Microsoft is currently using, in regards to Office, Outlook & Outlook Express.

Between 1997 and 2007 (when Windows Vista was released) you had three clear email client alternatives from Microsoft:
– Outlook Express (usually bundled with Windows or Internet Explorer);
– Microsoft Office Outlook (as part of the Microsoft Office installation – to confuse things even further, Outlook was initially called Microsoft Mail…);
– Hotmail, as a web mail service.

To put it simple (well, at least when I’m writing this article, in February 2013), currently there are two major Office versions: Office 2013 Professional (the latest generation of the regular Office that you install & run from your computer) and Office 365 (featuring the same set of applications – including Outlook – streamed to your computer from the web). And you can still choose to use Windows Live Mail (the latest generation of Outlook Express), if you install the Windows Live Essentials package.

But… what about Hotmail? Well, with the release of Office 2013, Microsoft also introduced outlook.com as the next-gen web mail platform and pushed the outlook.com interface to Hotmail users, too. It is NOT the web version of Office Outlook 2013, but more of an interface update for Hotmail, in response to Google Gmail.

If you’d ask me, I’d say there are just way too many Microsoft email/Outlook versions… The Microsoft trend is clearly going towards web apps and probably, sometime in the future, Office Outlook “as we know it” will be discarded for good, in favor of Outlook.com or Outlook 365. It may be a good strategical response to the continuous raise in popularity of Google Gmail and mobile apps, but I have my doubts that everyone will want to read emails only online.

As a matter of fact, we know many users that setup outlook.com accounts and then use Outlook Professional 2013 to send/receive emails from the typical desktop email client… Oh, the irony…

And I didn’t even mention the confusion between Outlook add-ins and Outlook apps, created by the introduction of apps for Office 365… 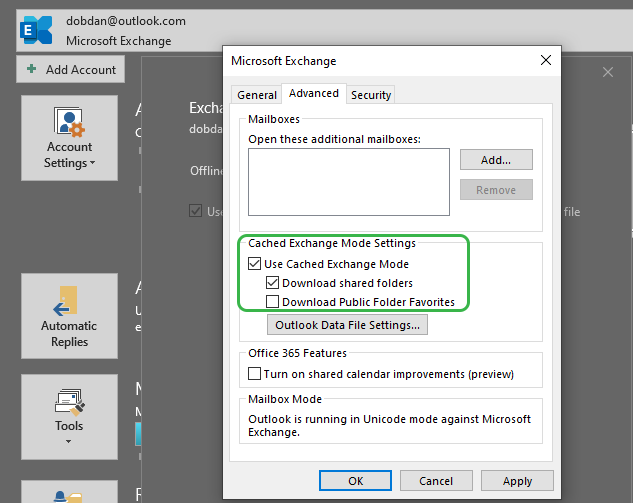 Outlook Is Working Offline – How to Fix

How to send email from other email address in Outlook

Want to join the discussion?
Feel free to contribute!